Which is harder, push-ups or pull-ups?

For women who don't exercise regularly, many of them can't even do a push-up. And men, whether they usually exercise or not, can generally do a few push-ups, and the standard of action is another matter. Many people in pull-ups may not even be able to hang their bodies on the horizontal bar or door frame. Even friends who can pull up will find that the number of pull-ups that can be completed will be less than the number of push-ups.

For example, push-ups are to support the ground with both hands and feet, then open the lower body with both hands until the upper arms are parallel to the ground, and then use the chest to push the body back to the initial position. According to the principle of mechanics, there are 4 points to support the ground. Its gravity is evenly distributed, so the strength requirements for the arm are not particularly high. He is supported by the core of the body and the lower body as a whole to complete this action.

But for pull-ups, this action is different. Our body is in a suspended state, and both hands are holding the bar, so the weight of the entire body falls on the two arms. The strength of the hands, the back Strength and grasping ability of the wrist are very demanding. Generally speaking, for beginners, pull-ups are a difficult training movement, and it takes a period of training to do them.

Free US Shipping Over $49

I would highly recommend these resistance bands. I did not find anything bad on this product at this time after using them for a week. Right now, the value for money is great with this set.

When you buy them you become part of a great on-line community with loads of great videos demonstrating all kinds of routines you can use with these bands to exercise safely.
The bands themselves seem to be really good quality and the bigger ones offer considerable resistance. The thinner ones ensure you can start at a very basic level.
Time will tell whether they last, but as long as you are sensible with them and don't tie them around sharp loops or handles or stand on them where there is concrete I can't see that they will fail.

Use these to warm up pre workout. Seems strong. The large range of resistance levels is handy. Durability seems OK and still going strong after a month of regular use

So far a very good, respectable, decent resistance tube set, I've only used them lightly mainly focusing on my legs, but I'm hoping to expand on that in the near future and really get the most versatility out of this set that I can. 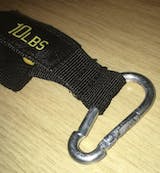 I do have a set of dumbells but they're not very versatile especially as I don't have a lot of weights to play around with. These bands are a game changer. I was sceptical of the quality of these but can agree with other reviews that these are superior quality bands. Very well made and look and feel really durable. The accessories provided give you everything you need to make you target every muscle group and you can use them for HIIT training to isolation exercises. Definitely worth having the hand supports for certain exercises and resistances. Very versatile bands and you don't have to worry about changing weights after each set. Just pick up another band or increase the resistance using the same band by simply moving where you position your hands or feet. 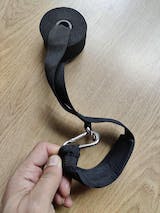 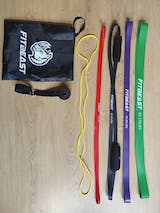